Let’s Keep it Together 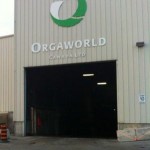 In the report going to Planning and Environment this week regarding the concerns about stench at Orgaworld there are some perfect examples.  Here is an analysis by the company of the 2000 stench complaints, taken from the report:

a. Following the abatement system retrofit in October 2010 and up to the end of July 2012, 71% of the complaints that Orgaworld has received are coming from the same six households.
b. One of the above six households called in multiple odour complaints when the plant was not in operation.
c. We have received complaints when the wind was consistently blowing in the opposite direction.
d. City representatives have informed PLC members at a meeting that some odours being
attributed to Orgaworld were in fact due to the City Landfill.
e. We have received complaints from individuals as far as 20 km away.
f. People claim they have been smelling the Orgaworld plant for the past 27 years (please note we have only been in operation for 5 years).
g. A resident recently rated an odour as being a “10” on a scale of 1 to 10, while a Ministry
official classified it as being a “2” and a light intermittent odour.

Let’s be honest, complaints about odour are legitimate, but there is nothing to be gained from piling on.  In fact, you can quickly lose your credibility with a bit of hyperbole or irrationality.  We saw this in the methadone clinic public meetings, where interesting concerns like crossing the road from a bus stop were over-shadowed by “Won’t anyone think of the children!”  I saw this the other night at planning when concerns about demolition in a heritage district turned into personal attacks and yelling.  You see this when citizens both complain about sprawl and about building up (cf. BANANA – Build Absolutley Nothing Anywhere Near Anything).

If you want to have a voice that’s heard, you’re going to have to keep it together.

1 Response to Let’s Keep it Together