How Many Are Homeless?

Posted on October 9, 2010 by abeoudshoorn 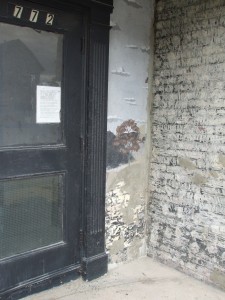 In Canada, survey data from the late 1980’s estimated that over 100,000 Canadians were homeless (McLaughlin, 1987).  However, at the same time an estimate of 130,000 to 250,000 began to circulate based on a belief that such surveys underestimated the true numbers (Begin, Casavant, Miller Chenier & Dupuis, 1999).  This number is likely quite inflated, as we do have regional statistics to extrapolate from.  Homelessness counts have been done in many regions, and tend to vastly underestimate true numbers, but have found 2100 homeless persons in Vancouver, British Columbia (2002), 3100 homeless persons in Edmonton, Alberta (2008), and 5,000 homeless persons in Toronto, Ontario (2008).  These numbers coincide roughly with the Federation of Canadian Municipalities (FCM, 2008) report that found 14,000 regular shelter beds in 21 participating Canadian municipalities.  Recognizing that shelter users are only one group of people who experience homelessness, estimates around 30,000-50,000 or 0.1-0.2% of the population are likely most accurate.  However, this number is far less than the 1.5 million Canadians who are at risk of losing housing (Laird, 2007).

In terms of London, Ontario, statistics are again difficult to obtain, but there is some data to work from.  A study in 2003 found that shelters in London served approximately 4000 persons in a year (De Bono, 2003).  This points to the transitional nature of homelessness, as in a review of shelters in London in 2005, it was found that there are 641 total shelter beds.  Therefore, each shelter bed is occupied by 6-7 different individuals through the year.  Again, individuals who stay in shelter only represent a portion of the homeless population.  There are 18 food banks and 33 agencies that provide meals within the city (London Free Press, 2009), although these service all persons living in poverty, not just homeless persons.  As well, 12% of London families are considered to be low-income (OrgCode Consulting Inc, 2010).

Despite challenges in obtaining statistics, it is not necessary to have exact numbers on homelessness to know that this is a major social concern that needs to be addressed.  Human Resources and Social Development Canada on reviewing the available statistics on homelessness suggested that obtaining these numbers would be useful, but still recognized the importance of the problem and in 2007 granted $269.6 million over two years to address homelessness.  What is more important than the absolute numbers is that it has been found that the incidence of homelessness is increasing, and has been increasing consistently since the post-depression era (Timmer, Eitzen & Talley, 1994).  The most conclusive data to support that this is an increasing problem comes from shelter usage statistics, which have increased consistently and continuously across North America (Wright, 2000).  Official statistics are important, but we also must not ignore personal anecdotes coming from service agencies and providers highlighting the increase in homelessness.  This is the impetus that is causing national, provincial and local governments to take action.

3 Responses to How Many Are Homeless?