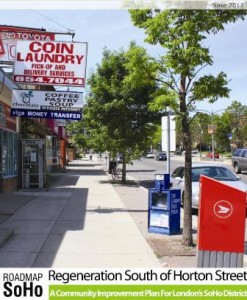 Over the next two weeks, starting tomorrow, I will be posting a series of six posts on the issue of development.  This is a very hot-button issue in the community, and it has become clear in observing City Council meetings that the tension also makes its way onto the Council floor.  One of my primary goals in participating with citizen engagement and municipal politics is to try to elevate the conversation.  As a researcher and scientist my modus operandi is try to understand issues in depth, to see both sides, and to move beyond rhetoric to facts.  I have been dismayed to see that on this issue the conversation has been particularly low, with lines being drawn in the sand, and insults and accusations thrown willy-nilly.

In exploring any issue and writing any blog post I learn a lot.  In fact, this is often why I set out to write on an issue, because it forces me to research it.  For this series, I have been particularly honoured to have a number of individuals provide feedback throughout the process.  This has included City staff, councillors, a former councillor, media, a realtor, citizens of all stripes, and in particular a developer who took a lot of time to critique and meet with me repeatedly through a number of drafts.  The diversity of perspectives has allowed me to push for the depth that I sought.

Inevitably, this series will not please all, and will likely dis-please many.  I have many wonderfully supportive left-leaning friends who will find too much concession given to developers and the logic of markets.  My more conservative friends and new acquaintances in the development community will find too much credit given to soft concepts like the feel of a neighbourhood.  Ultimately, though, if everyone is a little disgruntled and a little bit pleased, perhaps I have achieved the goal of pushing our thinking.

My dream would be that bridges could be built in the community, to see developers at pints and politics, and citizens participating in development charge planning.  I think our community will be strengthened if we can at a bare minimum respect the perspectives of others, and work together even in the face of disagreements.