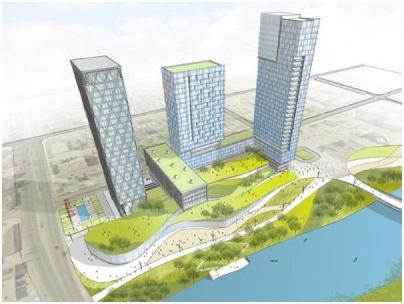 Having attended all London City Council meetings this year except for one (which I caught online), planning and development has become an interest of mine.  This has led to me making my first public submission and comment on a development proposal.  I have been an active observer of some developments this year that have hit the media as controversial for one reason or another, such as Richmond and Sunningdale, Reservoir Hill, the Huron St drive-thru, and most recently SOHO and Victoria Park.  In my own neighbourhood, I have been following the developments at 162 and 170 Wortley Rd.  I was struck by the comment of one of the councillors around the Reservoir Hill site when he mentioned an “anti-development lobby”, and feel the need to highlight the difference between being anti-development versus pro-smart development.

First off, our city needs development, and therefore developers, particularly those who are expert in their trade.  The last thing you want is for somebody like me with a shovel and a plan on the back of a napkin building new subdivisions.  Developers are of course driven by a profit motive, as is any business, which is a logical thing.  If businesses are to add value to the economy and the community, and ensure re-development and housing, then they must be successful.  This profit motive includes not developing terrible buildings, neighbourhoods, or plazas, because they need what they build to sell.  As is highlighted in this excerpt from an ebook by Gracen Johnson, the sprawl that we often criticize is a reflection of market demand, our own demands.

I have heard the development industry referred to as some kind of evil empire, and I have cringed.  The second point I would like to make is that like any business, there is a great variability in how companies work.  For example, Dave Tennant from Hampton who is doing the Wortley properties held extra meetings with the community of his own accord prior to proceeding.  Similarly, Wes Kinghorn and the Woodfield Community Association often see this same degree of collaboration by having shown themselves to be open partners in discussing development.  Councillor Matt Brown was able to mediate between a developer and community members in his ward to reach a mutually acceptable agreement on a site that was getting dicey.  The best example that I’m familiar with is Z Group, and how they have worked in the community.  They participated in both the Placemaking Demonstration Project and the Energy Efficiency Partnership Project.  Their developments have been consistent with neighbourhood plans, thus avoiding major conflict with community members.  And, in one situation where significant environmental concerns were raised for a planned development, they put it on indefinite hold.

Therefore, the first step in considering development, is that we temper any frustrations with a particular application with the understanding of the value of development to our community.  Also, it is worth considering that any application that hits the Council floor has already been through an extensive and expensive process with staff.  On the other side, it is worth noting that there is no particular lobby opposed to development, I have witnessed that the players involve in public meetings change with each parcel of land.  Lastly, the ‘anti-development’ label is both naive and inappropriate as on any planning agenda most citizens will support 19 of the 20 items.  Even if at every meeting there is an item where community members side with staff against a proposal, the majority of items are still supported.

In the next post I will explore some of the criticisms leveled against development, and ask whether all are fair.