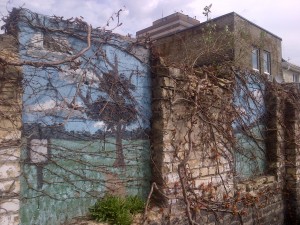 Last week at the Grit Uplifted issue #2 launch, a number of the writers took time to read their work.  I was struck by the story of Serenity, who spoke to being born homeless, before she had any idea of the sense of that word.  She said she didn’t fully understand until she, as a teenager, bore a child into homelessness herself.  I was very impacted by the cyclical nature of her story, that sense of not understanding one’s own past, until one replicated it.  Serenity’s story was particularly powerful in that she has found strength and has been able to move herself to a much better place, escaping homelessness, and finding hope.

After the readings I interviewed her briefly, apologies for the poor quality from my Blackberry voice recorder:

This entry was posted in The Basics. Bookmark the permalink.