A House is not a Home 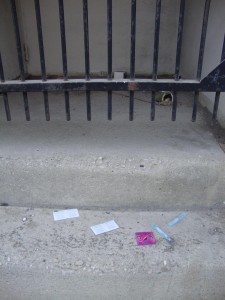 So if 1/3 of homeless people are in shelter, and only less than 1% sleep rough, who else is homeless?  The bulk of people we would consider to be homeless are the ‘hidden homeless’, but what does this mean?  The hidden homeless are those who might have a bed and a roof, but it is not their own, and it is temporary, precarious, or down-right dangerous.

Next question, is this conceptualization useful, or is it simply a way to ‘stack’ the stats to make homelessness look like more of a problem than it is?  This is a fair question, because each interest area wants to find more funding, which requires public concern.  However, the reason that this definition is helpful is because research shows us that those who are the ‘hidden homeless’ encounter the same health and social concerns, and have the same negative trajectories as those who are ‘absolutely homeless’.  Therefore, we need to have adequate programs for all those who are homeless.

And, what is the first step in terms of programs?  It’s to make sure that everyone has a home.  This starts with enough buildings and units so that everyone can have a space of their own, with a lock and a key.

This entry was posted in The Basics. Bookmark the permalink.

6 Responses to A House is not a Home