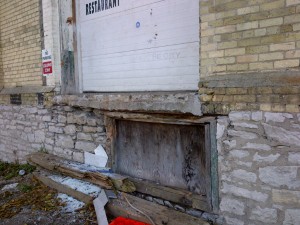 Housing First has now been lauded far and wide as the most effective solution to homelessness in developed nations. This model focuses on rapidly moving people into independent and permanent housing regardless of where they are in their own personal journey. This in contrast with past models that required people to be at a certain phase of recovery, be accessing treatment for mental health challenges, or move through a step-wise process of increased independence. Research has now demonstrated that the best outcomes are grounded in access to housing. However, there are a number of tough questions that have been raised in this model that I would like to address in this post.

Last year ‘Homes 4 Women’ released a critical white paper titled “Housing First, Women Second?” The paper highlights the lack of a gendered approach taken at the national level of implementing Housing First priority for project funding. With this there is a risk that best practices around women’s homelessness, particularly that take into consideration the ubiquitousness of violence in women’s experiences, will be lost. We know that women’s and men’s experiences are not the same, and this paper highlights important differences such as the more hidden nature of women’s chronic homelessness.

So does Housing First put women second? I would suggest that only if we let it. The core principal of housing as the most important foundation for ending homelessness holds true across gender lines. However, where this will play out is within program implementation. The needs of women will be secondary if the programs themselves do not include the decades worth of best practices already developed. It is important to note that Housing First is inclusive of different types of housing, with the concept of ‘independent’ living being more fluidly defined. Secondly, it is housing with support, and these supports can vary as well. Therefore, Housing First won’t inherently put the unique needs of homeless women second as long as we continue to bring those needs to the forefront.

This question builds closely on the previous one of women’s needs. If all Housing First programs mean a rapid move to a single, private residence, this will indeed put women leaving violence at risk. There are high rates of ex-partners finding women who have left violence, which makes the safety planning that comes with congregate living much more effective. However, Professor Stephen Gaetz highlights that there is no need to abandon transitional models that have proven effective with certain sub-populations, such as women. Indeed, researchers and leaders in the women’s movement note the lack of “Third Stage” housing, which is essentially permanent housing with supports. A Housing First model would mean maintaining second stage housing where effective, but not forgetting that third stage housing is the ultimate goal. Again, this comes down to a matter of proper implementation.

3) Why are there so many deaths in Housing First programs?

I am part of a research team evaluating the health outcomes of the first group of individuals enrolled into London CAReS. All of these individuals are those identified as chronically homeless, and the vast majority have experienced chronic addiction. In this case, when I speak of chronic addiction, I mean persistent and high use of substances, including mouth-wash addiction and significant IV drug use. We have seen a noticeable number of deaths of participants enrolled in the program. This has also been noted by workers in the sector, and raised some questions about Housing First programs in general and risk to participants.

Some of the deaths seen are those that would already be anticipated with this particular sub-population of significant substance users. However, I would hypothesize that there is another phenomenon at play as well. Many of these individuals overdose on a consistent basis during their homelessness, but this occurs in the context of an agency where other residents or staff are present. They are then taken to hospital and revived. Moving an individual who continues to use high levels of substances into a more independent living arrangement puts them at higher risk of overdosing undetected. The difficult bind is that this independent living, permanent affordable housing, is the desire of the individual. Therefore, we don’t want to deny them that, we absolutely don’t want to force people to stay in shelter long-term, but we also have to be aware of, and make the resident aware of, the risk that comes with using substances privately.

4) Isn’t the Foyer Model a better one for homeless youth?

The Foyer Model of transitional housing for homeless youth is popular in Europe, and has seen some implementation in Canada. In essence, this model is a more long-term model of transitional housing, rejecting the common 364 day limitation, that incorporates wrap-around services inclusive of education, employment, and life skills development. Arguing the Foyer Model against Housing First is where we get into the semantics of these models. If the Foyer Model is implemented with no move out date, then it is indeed permanent, independent, affordable housing with supports; it’s just a particular degree of support. If a move out date, for example 3 years, is indeed enforced, then a conversation needs to be had about rethinking programs and services to entail truly permanent housing. However, this doesn’t mean we through out the great best practices that have been developed in Europe, but rather we can work to integrate them with Housing First.

5) Sure Housing First is great, but what if there is no housing?

To either divert people from shelter or rapidly move them out of shelter requires affordable housing on hand. In communities across Ontario we face 2-20 year wait lists for social housing, and many communities have vacancy rates below 2%, disincentivizing the market to add more such housing. However, local examples show that there are innovative ways to increasing the housing stock. The first way is to take advantage of private sector housing in communities where vacancy rates mean rentals are available. In London this means a rent subsidy of approximately $200 to move an individual from the OW housing allowance of approximately $375 to $575, which puts them into average market rent. Although this investment in housing means no capital increase for the Housing Division that you would get from a new build, the $200 cost is far less than the municipality pays to keep an indvidual in shelter (approx. $1230 per month).

A second way to look at increasing affordable housing stock is innovative ways to boost the overall available stock through new builds. Also in London right now we are in the process of developing a Housing Development Corporation (HDC). This HDC will increase projected new affordable housing units from 450 to 1000 over next 10 years, without necessarily requiring further municipal investment. This is done by leveraging funding across all government levels hand-in-hand with both charitable and investment funds from the private sector. This is a sign that ambitious targets for new affordable housing are obtainable while still investing in immediate short-term solutions, such as rent supplements.

When London CAReS started enrolling the most chronically homeless in our community for permanent, independent housing, many within the sector were sceptical to say the least. These were individuals that they had tried to re-house many times, but had seen them cycle back time and again to shelter. How could London CAReS do any better? Well, time has been the test, and the majority of individuals rostered with CAReS have maintained their housing against the odds. This is proving that those with chronic addictions can remain housed, but is requires the right supports. In this case the right supports includes intensive case management, one worker per ten participants, which is costly in terms of operations, but pays big dividends across both health and social systems, and of course in terms of outcomes for the individual. Anyone who wants to be housed can be housed. (And research of 200 homeless individuals with mental health challenges in London showed that 100% desired housing.)

In anticipating the benefits of Housing First, there is a predicted decrease in use of health, social, emergency, and corrections services. The decreases have been seen in health, emergency, and corrections services, but individuals enrolled in Housing First programs still frequently use high levels of social services. For example, they may still access drop-in services and food programs on a daily basis. This continues to strain limited resources in the social service sector, but is not necessarily a bad thing. Recall that Housing First means housing with supports. What is happening here is individuals are defining what their supports are, and these are most often the services they are familiar with through their period of homelessness. If these services are working for the individual, then they are still of great value.

However, ultimately the goal would be that people would integrate into communities. In my mind this is the current fore-front of work on ending homelessness. We have been able to move people from shelter into housing, and keep them housed, but we have seen limited results in terms of then integrating people socially, and recreationally. Although having a social network of other street-involved individuals is better than an alternative of social isolation, best long-term outcomes are seen when people have a sense of belonging where they live, and have more diverse social networks. So until we are better at helping people integrate socially, we should continue to anticipate (and allow) high use of homeless services by people who are now housed.

This entry was posted in Blog, The Basics and tagged Blog. Bookmark the permalink.